Just what was needed....

Back in March, one of our favourite girls in the family turned two. We couldn't be with her on the day, as she lives a little distance away but we sent a cute 'baby' for her. She has always loved carrying a 'baby' with her and I found a perfect one for her. We heard later that the first thing she did was 'borrow' a tea towel to wrap her baby in.


So what should a good grandmother do? Yes, make D's 'baby' a quilt. I had some cute scraps and quickly made a dolly quilt. Doctor Puppy ( my son's) had to check it out before we wrapped it up. 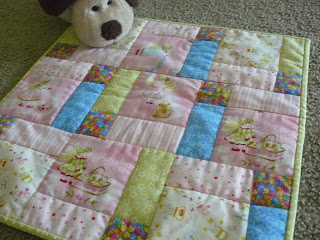 We received word that the first thing she did when she opened the package was wrap her baby up without even being told what to do. 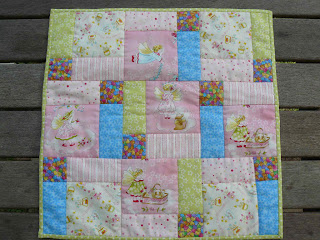 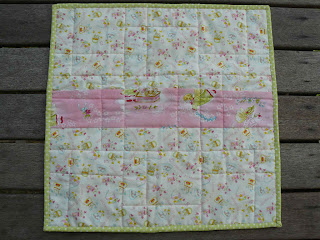 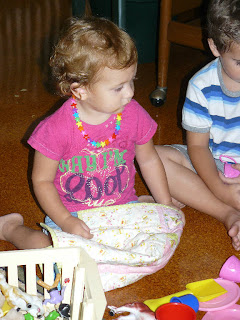 And here is D with the little quilt - I am not sure why her baby didn't make it into the shot. Still it is nice to see that she likes it.

Today, in Australia and New Zealand it is ANZAC Day - a day to remember our service men and women.

Our school held a service earlier in the week and it is always good to see that our future generations are learning about the sacrifices made in times of war.

This is my grandfather, Gilbert Willis. He wasn't at Gallipoli as he was too young to enlist at the time but joined the army in 1916. He was in the 14 LHR [Light Horse Regiment], and later in the 41st Battalion. 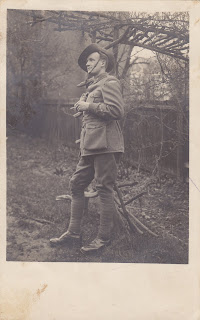 These photos were taken in England, the one below is with his cousins. The story I grew up with was that my grandmother was a friend of these girls and he met her while visiting. He returned to Australia after the war and continued to stay in touch with her. He even proposed to her by mail and they were married the day after she arrived in Australia in 1922. They were married 59 years, until the death of my grandfather. 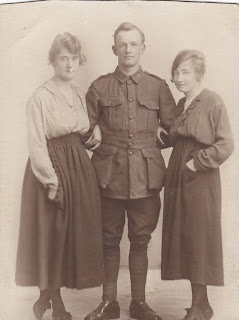 I suppose you could say that I am one of the lucky ones, my grandfather came home. Unfortunately others didn't, including his cousin and uncle. He always proudly marched in Anzac Day parades for as long as he was able, although I never heard him talk about the war.
Lest We Forget.
Posted by bettsylyn (Lynda) at 3:39 PM 3 comments: